William Benjamin Haslett was born 11 February 1894. He was a Marine Engineer from Belfast. He had been based in Hong Kong for several years and had joined the HKRNVRon the outbreak of war in 1939. at the age of forty-five. He was appointed to the Mine Watching Branch.  He was initially based at the Mine Control Station Lamma (MCSL) located at Chung Am Kok.  The HKRNVR were responsible for the minefields which consisted of traditional contact mines with spiked detonators and electronic mines that could be detonated by remote control from two shore stations.  Haslett describes the MCSL as being on a hill top with a flight of 130 steps up from the road. There was another station based at Shek-o Beach known as Mine Control Station Tathong (MCST).
Haslett was transferred to Tai Tam Indicator Loop Station (ILS). This was situated at Tai Tam Tuk below the dam. The indicator loops were laid on the sea-bed and could identify the movement of a passing submarine or surface ship. Whilst stationed at Tai Tam ILS he had a heart attack. He was taken to HMS Tamar sickbay where he recalls waiting in great pain to see a doctor. The doctor immediately arranged for him to be transferred to Kowloon Hospital where he was seen by Dr Uttley. He was transferred to Queen Mary Hospital where Dr Wilkinson determined he had suffered a Coronary Thrombosis and would need to be hospitalised for two or three months.
On discharge he reported back to Lt-Cdr Swetland, Mine Warfare Officer at HKRNVR headquarters on  HMS Cornflower and after a period of leave was assigned to Mine Control Station Tathong (MCST) based at Shek-o as a Sub-Lt and Maintenance Engineer. He moved his personal effects from his flat in Prince Edward Road, Kowloon to a Chinese village house on the beach at Shek-o. It must have seemed idyllic at times with the war in Europe far away - but the war clouds in Asia were gathering. Only a few months later, on 8 December 1941 the Japanese Imperial Army crossed the border into Hong Kong. 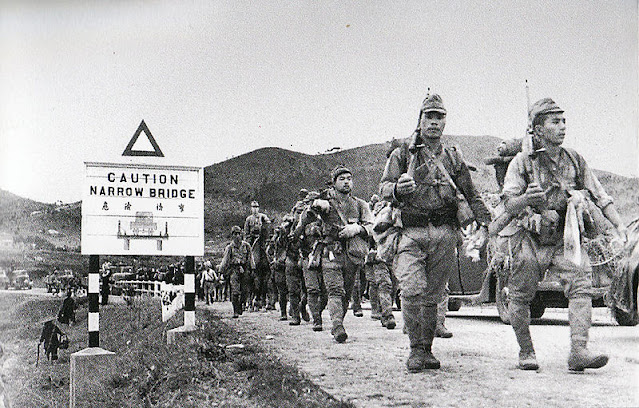 Additional Information
He was not married. He died in Belfast. His possessions such as he had  went to his younger brother Albert Haslett.