Brigadier Cedric Wallis - and the trunk

I received an email from Maria Curran, one of the the administrators of the Facebook site Liverpool Hidden History. The site has more than 44,000 members around the world, one of which, Robert McLoughlin, in  Western Australia had come across the story of a trunk that had once belonged to Brigadier Cedric Wallis that turned up in Perth. The story started when Frank O' Brien living in Perth, Western Australia decided to buy a trunk in which he would send some items to his relatives living overseas. He purchased the trunk on-line from a local seller. There was a brown fabric cover inside the trunk (see Gallery photo below) which at first he did not take much notice of. He sent off the trunk to his relatives but without the cover. Then later on looking at the cover he noticed the name Brigadier Cedric Wallis a passenger on the Empress of Scotland departing Liverpool for Quebec in October 1951. Frank O'Brien was curious to find out more about Cedric Wallis. How did the trunk end up in Western Australia and who was Cedric Wallis - what was his story. Frank published an article in the local newspaper which was seen by Robert McLoughlin. He noticed that the trunk had started its journey from Liverpool and posted the story on Facebook Page 'Liverpool Hidden History'. Frank O'Brien did some research of his own and discovered that Wallis and his then wife (he was married three times) visited Sydney, Australia in 1972 intending to stay for eight days. They gave the Canberra Oriental Hotel as their intended address in Sydney. Did he travel with the trunk and then leave it behind?  Wallis by  this time was seventy-six. Was he visiting relatives in Australia? I seem to recall he had some relatives in Australia - and I wonder if it was they who sold the trunk?

One of the interesting aspects of this story is how the world wide web allowed the simple query to travel from Australia to Liverpool to Hong Kong and back to Australia and  to form a circuit of information exchange. Imagine how difficult that would have been back in the pre-digital world in which many of us grew up. When I first heard the story - I thought it might have been Wallis's pre-war trunk left at his flat in Argyle Street on the eve of battle in December 1941.

It was a post-war trunk and passenger records show Brigadier Wallis as a passenger travelling alone to Canada in October 1951. Ten years earlier Wallis had fought with great courage and determination as an infantry brigade commander in the Battle for Hong Kong. He had suffered the misery and brutality of being incarcerated in Japanese prison camps that followed the British capitulation in Hong Kong on Christmas Day 1941. He, no doubt like many, came back a changed man. His marriage ended in divorce and a second marriage also ended in divorce. He married his third wife in Quebec, Canada in 1953 and finally found solace. The marriage lasted until his death in October 1982

The discovery of the trunk prompted me to write a brief post on Brigadier Wallis. A difficult task because he was on the one hand a very courageous officer, and on the other hand, an officer embroiled in controversy because of his comments about Canadian troops under his command and more particularly about Lt-Col Home the commander of the Royal Rifles of Canada. He wrote in the Brigade War Diary that he considered shooting Lt-Col Home for staging what was tantamount in his opinion to a bloodless mutiny. This of course does not play well in Canada, his adopted home after the war.

Cedric Wallis was born 7 March 1896 in Nottinghamshire, England. In 1914, at the age of eighteen, he joined the British Army as a trooper in the Royal Horse Guards, part of the Household Cavalry Division. He was selected for officer training and served on the Western Front as a subaltern in the East Lancashire Regiment. He was wounded in action and lost his left eye. He subsequently wore a black patch or a dark monocle over his blind eye. He transferred to the British Indian Army in 1917 and served initially in Mesopotamia. 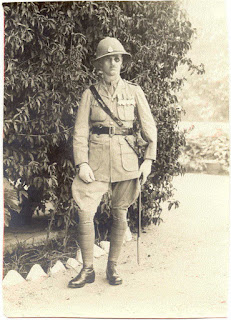 Serving with the British Indian Army

He married firstly to Angele Van De Wouwer, a Belgian, in April 1920 at St George's Hanover Square. They had two children, a son, Bruce Exton (1924-1997) and a daughter, Angela (b.1927). The two children were born in India. Bruce Wallis served in the Royal Navy during WW2 and later  from 1950 to 1958 with MI6 and MI5 serving in London and Finland. Bruce Wallis later settled in America living in New York and later in Sarasota on the gulf coast of Florida. His sister, Angela, settled in Sussex, England.

With Indian independence looming, the career prospects for Indian Army officers was limited. Brigadier Cedric Wallis left the Indian Army in 1946. He then took up a civilian administrative role with the British Army on the Rhine (BAOR). His first marriage to Angele must have broken down because in October 1946, he married Marjory Mills. The marriage did not last and ended in divorce a few years later. It may have been while working in Germany that Wallis met Ingeborg Subbe (1925-2010), a German national, some thirty years his junior. They married in 1953 in Quebec, and settled in Vancouver, where Wallis developed a successful business career. Wallis passed away in Vancouver in October 1982, aged eighty-six. He was cremated and his ashes were buried in Hamburg, Ingeborg's   hometown. When she died, twenty-eight years later, she was buried beside him. 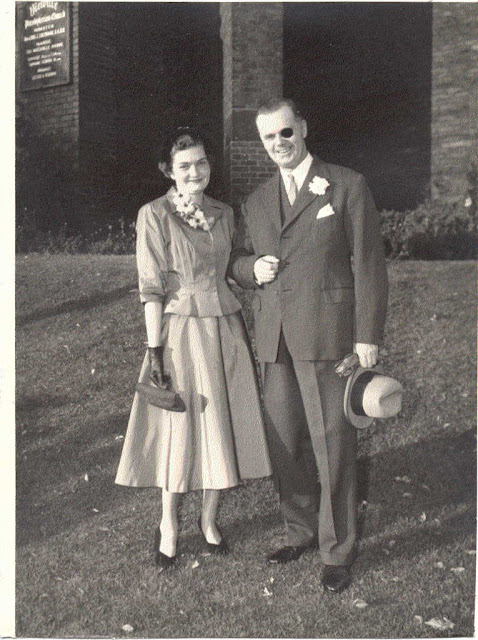 Marriage to Ingeborg 22 October 1953 in Quebec

He first joined the Indian Army in 1917. After the First World War ended Wallis served as Chief Political Officer in Mosul (present day Northern Iraq). He later served in Persia, India and Burma.  In 1922,  he was promoted to the rank of captain. In 1940 Wallis was transferred from India to Hong Kong where he became battalion commander of the 5th Battalion 7th Rajput Regiment. 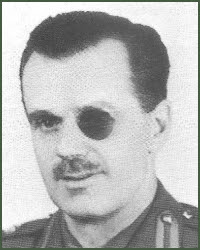 After the arrival of Canadian reinforcements (Winnipeg Grenadiers and Royal Rifles of Canada) in November 1941, Major-General Maltby, the military commander, decided to form two infantry brigades. The Mainland Brigade (also referred to as Kowloon Brigade) and the Island Brigade. Wallis was promoted to Brigadier and took command of the Mainland Brigade. Brigadier John Lawson, the  senior Canadian officer, took command of the Island Brigade. The Mainland Brigade were dug in along the defensive line known as the Gin Drinkers Line. After the withdrawal of the infantry from Kowloon, Wallis took command of East Infantry Brigade with his HQ at Tai Tam Gap. Lawson commanded West Infantry Brigade with his HQ at Wong Nai Chung (WNC) Gap. Lawson was killed in action after trying to extricate from his besieged brigade HQ. The British garrison surrendered on Christmas Day 1941 known afterwards as 'Black Christmas'. Wallis was interned at Sham Shui Po Camp and then Argyle Street Officers Camp. In August 1943, Major-General Maltby, Brigadier Wallis and twelve other senior officers were moved from Argyle Street Camp to Formosa and later to a POW camp in Muckden,  Manchuria. 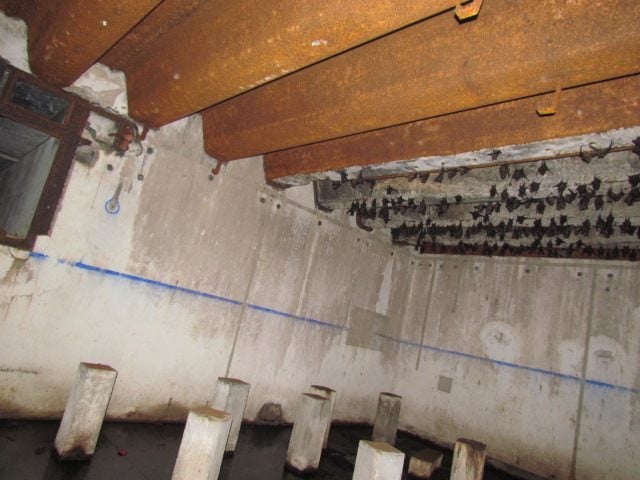 The photo above shows the underground bunker which had formally been a Fortress Plotting Room used by Eastern Fire Command. The concrete pillars were the legs that supported the large steel plotting room table. It was here that Wallis sat with his maps spread out over the plotting table and telephones placed in easy reach around him. He hated commanding the battle from an underground bunker. After the Japanese successfully landed on Hong Kong Island he moved his Battle HQ to Stanley and formed a defensive perimeter on the hills around Stanley.

During the fighting, and  for example, the East Brigade counterattacks from Stanley on 20 and 21 December, Wallis was always close to the front line. He was the sort of officer that preferred to lead from the front. At Stanley he was prepared to hold on until all ammunition and water had been expended. Brigadier Wallis never showed any lack of courage or determination. He was a  demanding boss but he asked from his men no more than he himself would do. He was a fighting brigadier and well versed in the profession of arms. He got on well with his staff officers and his immediate superior, Major-General Maltby, the military commander, also from the British Indian Army. However his reputation was somewhat mired by the controversy surrounding his comments in the war diary.

The East Brigade War Diary (UK National Archives CAB 106/35) details the difficulties and clashes between Brigadier Wallis and Lt-Col Home during the closing stages of the battle in and around Stanley. In the most controversial part of the war diary Wallis wrote that he considered arresting and shooting Lt-Col Home for staging what Wallis considered to be a bloodless mutiny. Despite the difficulties between the two commanders, Lt-Col Home did keep his battalion in action up until the very last moment before the surrender on Christmas Day. Home had served in WW1 and had been awarded the Military Cross for gallantry in action. 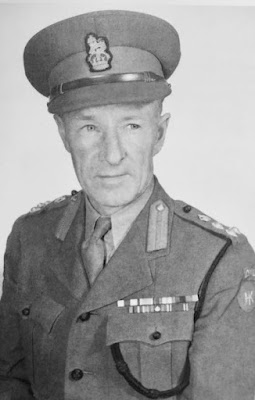 Officers and men were exhausted, many had been in continuous action and nerves were frayed. All who fought in the Battle for Hong Kong fought with great bravery. They were fighting a losing battle, which became increasingly clear to the combatants as the battle raged on. Churchill always knew that Hong Kong could not be defended but he also realised that for geopolitical reasons he could not take troops out. That was part of the reason why Hong Kong was so poorly defended especially in terms of aircraft and warships. If Hong Kong was attacked by Japan it would have to be sacrificed but not without a fight. Towards the end, the governor, Sir Mark Young, and the military commander, Major-General Maltby, were following Churchill's orders to 'resist to the end'. They were told that every day they could hold on would help the Allied cause. They did their best under the circumstances and they did resist to the bitter end. 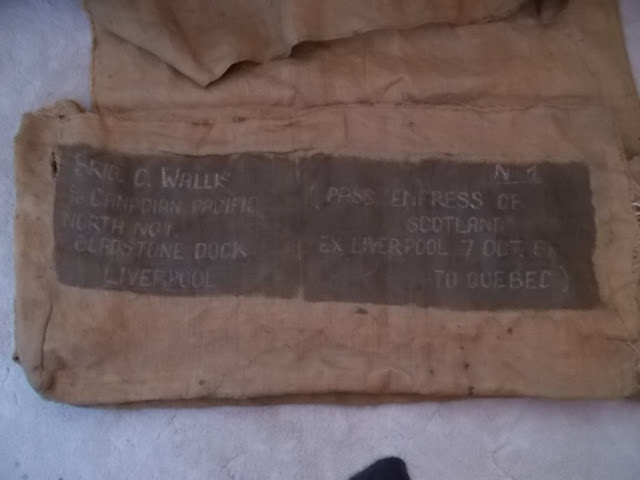 Posted by Philip Cracknell at 20:14