The photo below shows part of Stone Hill Shelters. On the outbreak of of the battle, these shelters were utilised as Company (Coy) HQ for both 'B' Coy 1/Mx (Middlesex) and 'B' Coy RRC (Royal Rifles of Canada). After the redeployment of troops, following the Japanese landing, the shelters were occupied by East Infantry Brigade for a few days before Brigade HQ relocated to the Prison Officers Club. The shelters are much more extensive than I had realised. On my most recent visit (11 February 2022) I found another five demolished shelters along the ravine (water course) beyond these remaining shelters. 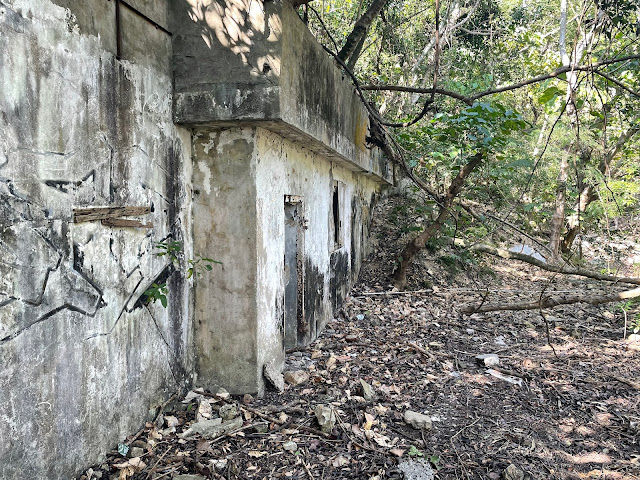 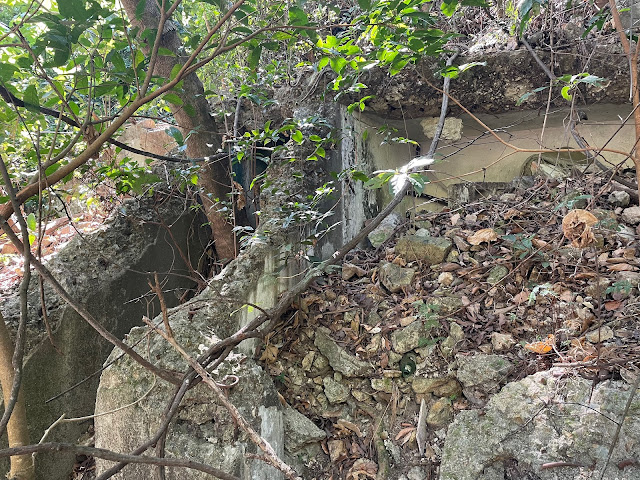 The photo above shows two of the five demolished shelters.
The water course runs through a culvert below the road, and near where it emerges, are the remains of another military grade concrete structure. The demolished structure is shown in the photo below. This could have been a splinter proof shelter or perhaps another PB in addition to the two PBS located nearby (Stone Hill PB 1 and 2) 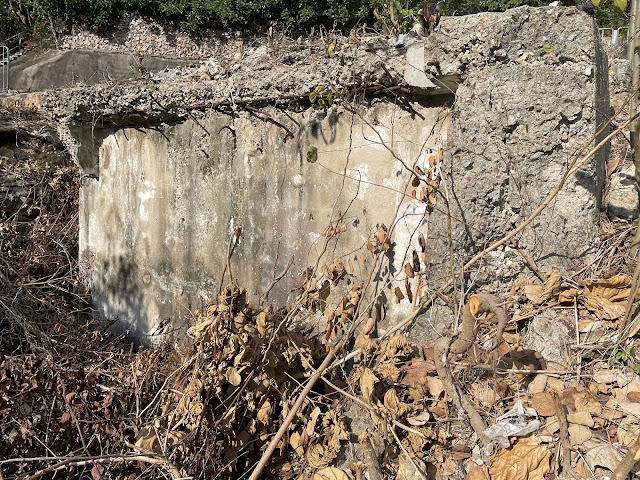 The ruined structure across the road near the culvert
The map extract below shows the location of the shelters below Stone Hill in a ravine. It also shows the two pillboxes known as Stone Hill PB1 and PB 2. They are actually only 10 to 20 metres apart . 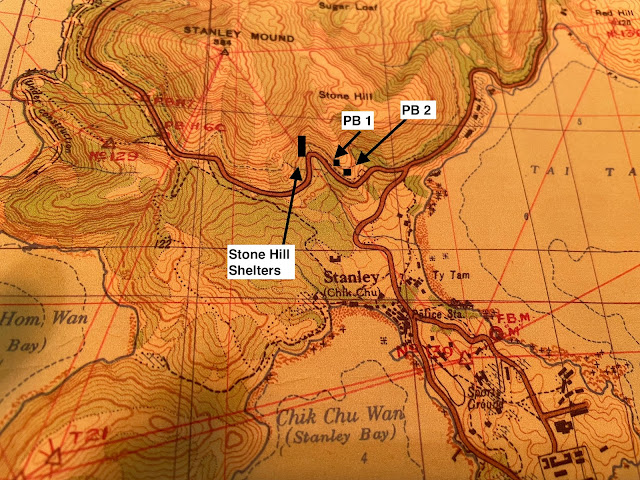 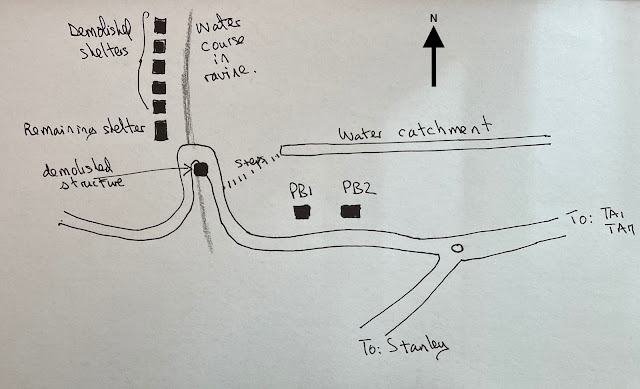 Sketch map showing the PBs
The two PBs are quite close together (10-20 metres). They are between Stanley Gap Road (originally known as Island Road) and the water catchment path on the hillside above. PB 2 is buried and inaccessible.  PB 1 shows evidence of squatters having occupied the pillbox and some of their furniture and possessions remain in the PB including a hurricane lamp  that looks much like those used in 1941. 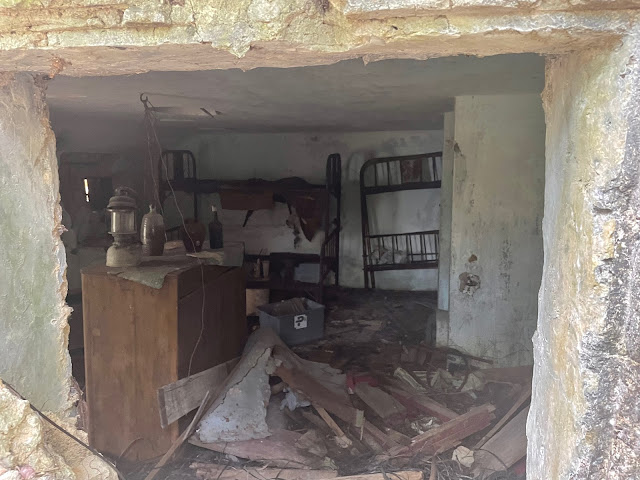 PB 1 at Stone Hill with squatters belongings left in the PB. 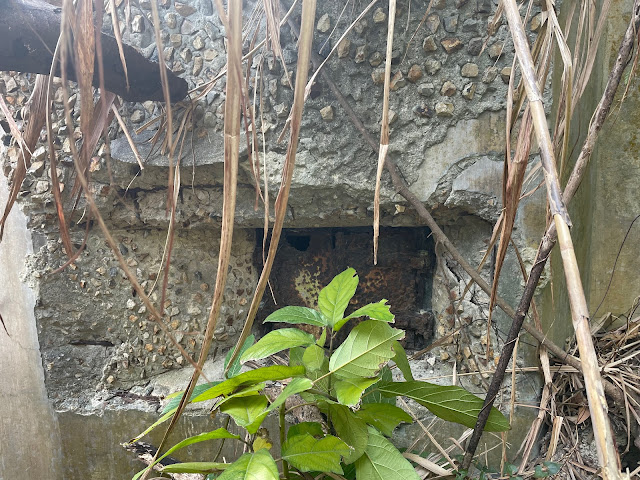 loophole at PB 1 with shutters intact. 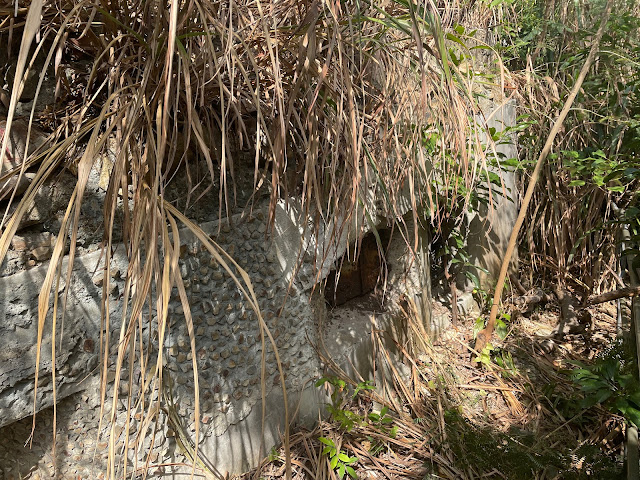 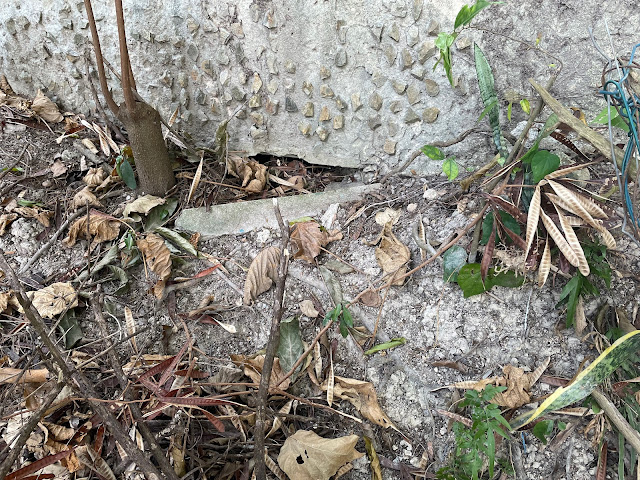