Both the pillbox (PB30) and the Lyon light structure (LL30) remain in reasonable condition. They are located at Turtle Cove one of the most scenic beaches on Hong Kong Island.  A passageway protected by a stone wall links the PB and LL about 10metres apart. I was able to get inside the PB. In the PB I found the voice pipe and likewise the other end of the voice pipe was still in situ at the LL.  The voice pipe allowed communication between the LL and the PB.  A primitive system of communication but it worked and was of course used in warships. The PB has two-loopholes. Its pebble cladding (camouflage) is missing. 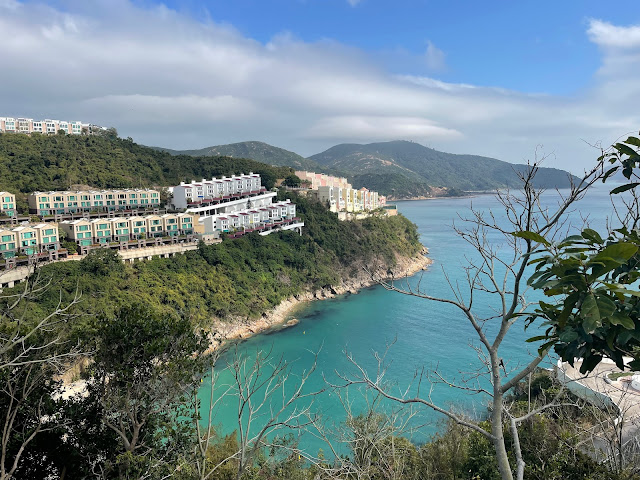 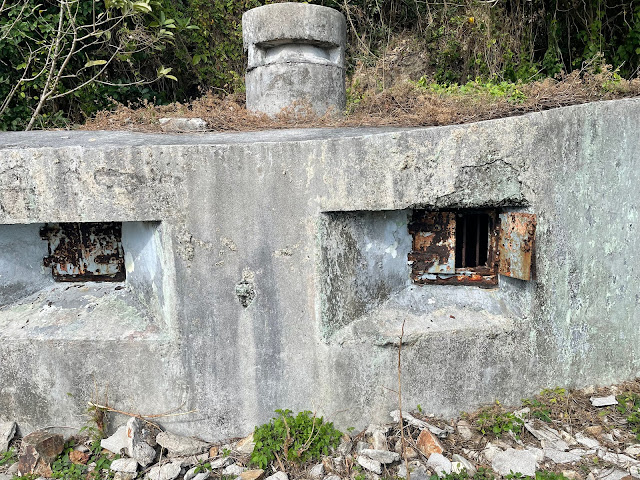 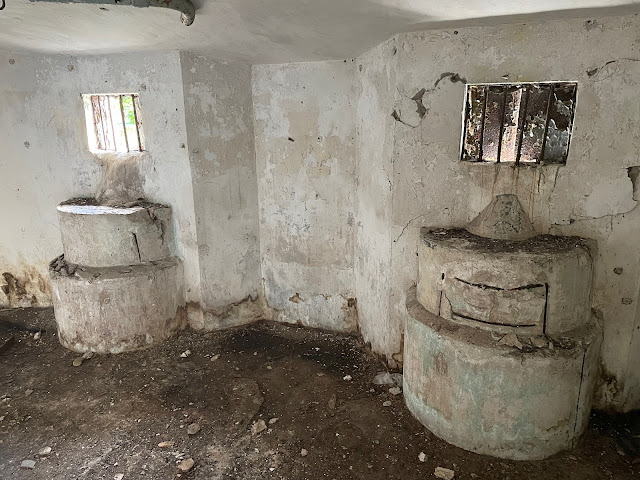 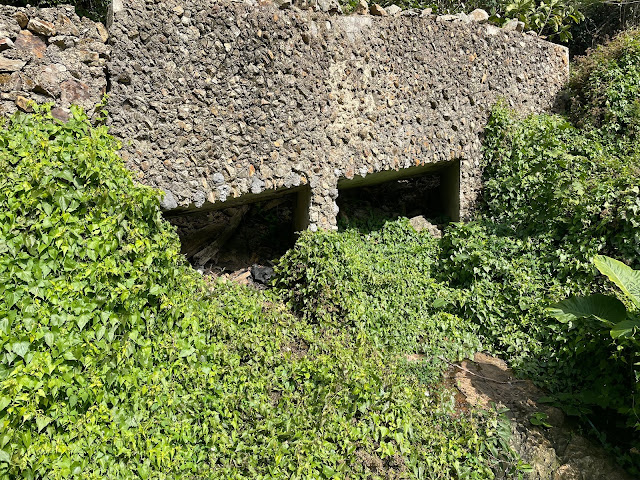 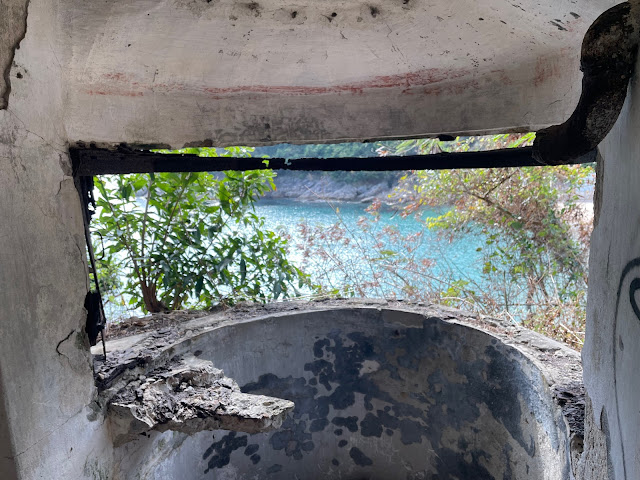 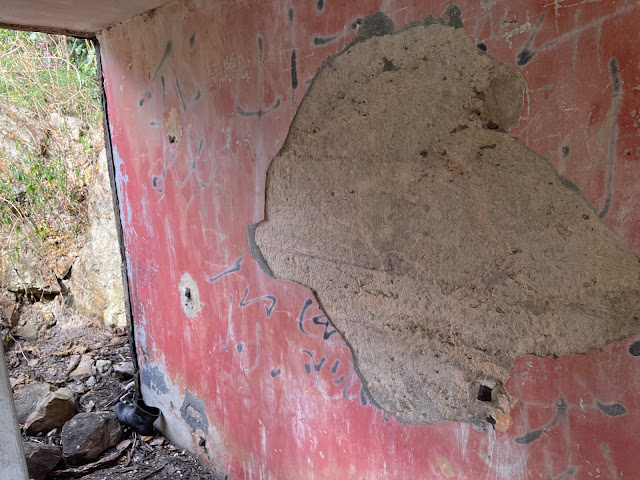 There were two retractable bunks on this wall by the steel entrance door. 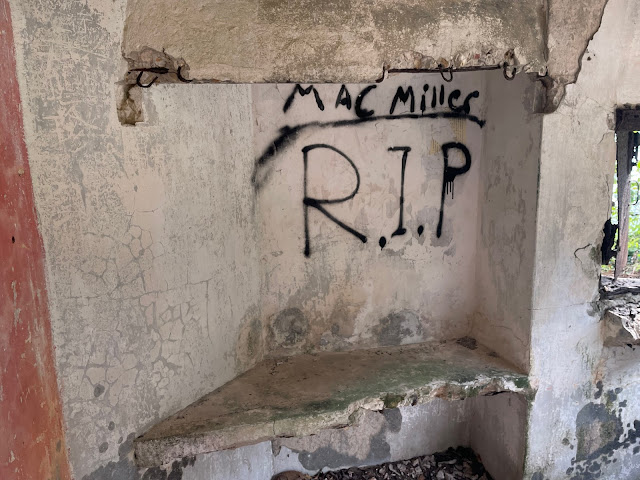 Bench/shelf for generator to power the searchlight 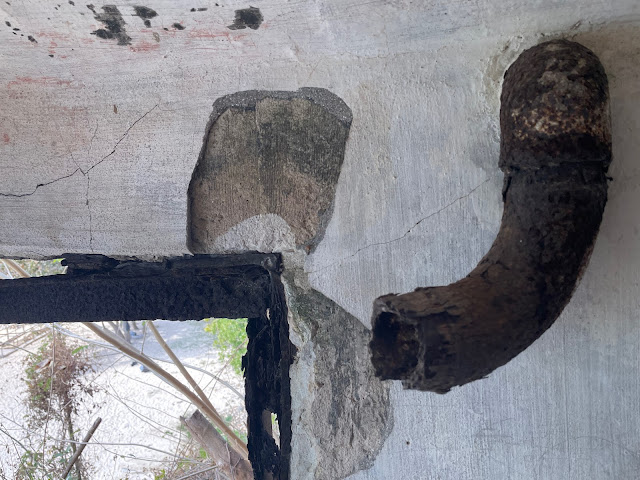 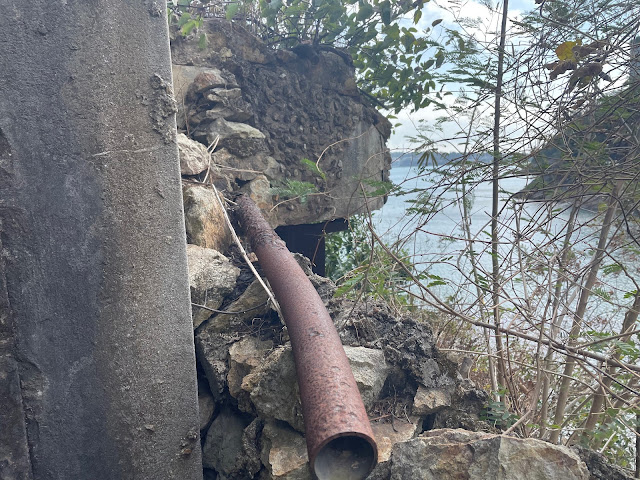 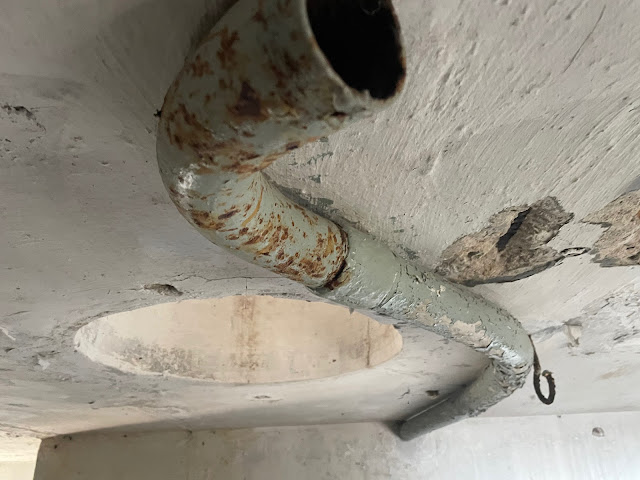 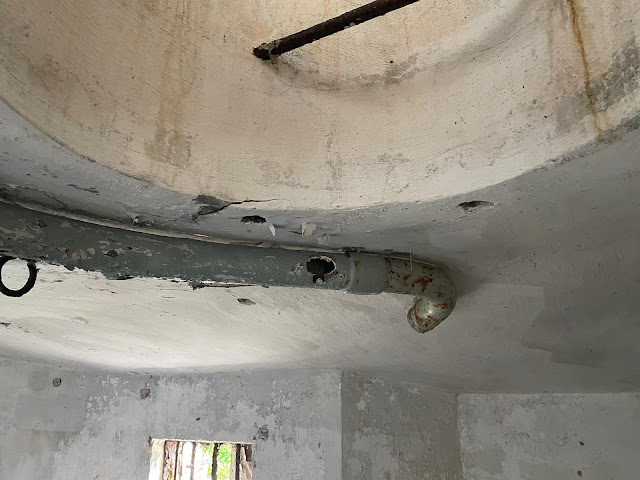 Voice pipe in the PB 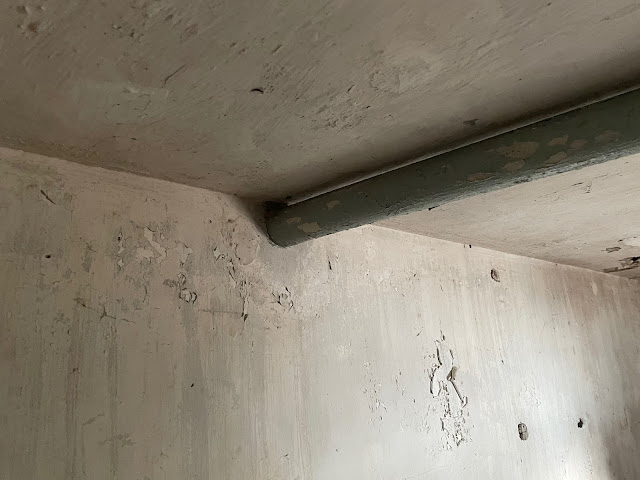 The voice pipe enters the PB from the back wall

Posted by Philip Cracknell at 05:13