The Royal Engineers War Diary (UKNA  File: CAB 106/37) states that 22 Fortress Coy Royal Engineers was formed in 1937/38 to man the twenty-four anticipated AA Searchlight  (AASL) stations  located in Kowloon, the New Territories and on HK Island. Later following a revised defence plan that envisaged an evacuation of the Mainland and a defence of HK Island (the Island)  the number was reduced. There would be thirteen AASLs located on Hong Kong Island and some of the nearby islands including Aberdeen Island, Green Island and Stonecutters Island. The thirteen AASLs included the following:

The war diary states that the AASL detachments did not perform in the role anticipated. This was largely because there were no night raids. The Japanese Air Force restricted their combat missions to daylight hours. Three or four detachments were used to man the Defence Electric Lights (DELs) these were search lights used by the coastal defence batteries. The AASLs were manned at the outset of the battle but some were redeployed to DEL or other duties as it became clear that the Japanese were not carrying out night operations.

A report issued by Lt-Col Lamb, RE, (UKNA File: WO 172/11400) stated that the AASL and DEL on Sonecutters Island was evacuated on 12 December 1941 confirming that the RE had already taken over the manning of some DELs and were manning the AASLs.  Lt-Col Lamb makes reference to the Collinson AASL being hit by shellfire on 13 December and the Sai Wan AASL station being attacked by Fifth Columnists. On 14 December he writes that the Green Island AASL was evacuated. Lamb describes how  on 15 December the Braemar AASL was relocated and redeployed to perform a DEL role at North Point i.e. the searchlight was to be used for the harbour rather than aerial usage. Lamb also mentions a second attack by Fifth Columnists on the Sai Wan AASL. On the same day the Aberdeen AASL (on Aberdeen Island) was damaged by aerial bombing. The RE also operated a searchlight referred to as a 'sentry beam' located near Pak Sha Wan Battery. After the Japanese landings there is no further reference to the AASL stations - presumably at that point there crews were all redeployed. Within a few days of the Japanese landings there were only three or four AASLs that could be utilised and still no night raids so they had become redundant.

The AASL sites were usually fixed positions with reinforced concrete structures for the engine house and the store house. The engine house contained the diesel powered generator. The store house was used for storing the equipment and for the crew accommodation. The AASL crew consisted of ten to twelve men.   There may have been a flat platform or shallow depression for the searchlight. A sound locator would have been located close to the searchlight. The lights were 90 cm and 120cm in diameter.  The AA searchlight could be manhandled  on its caterpillar tracks. 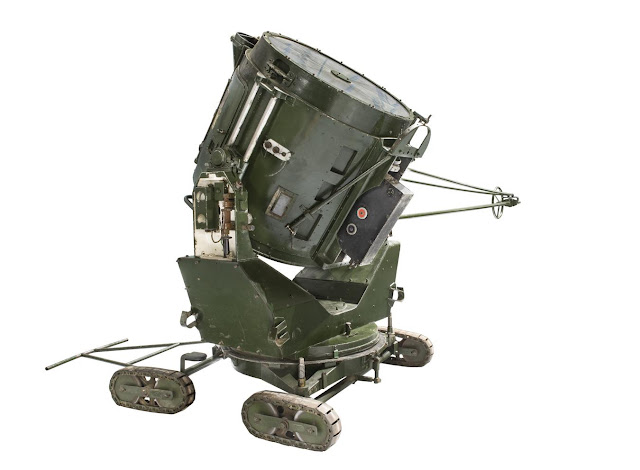 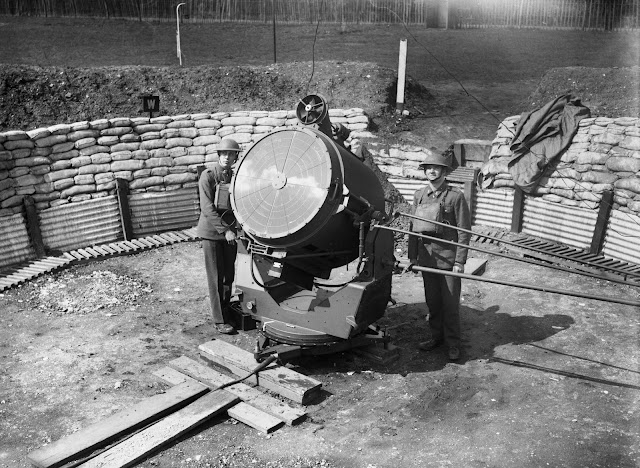 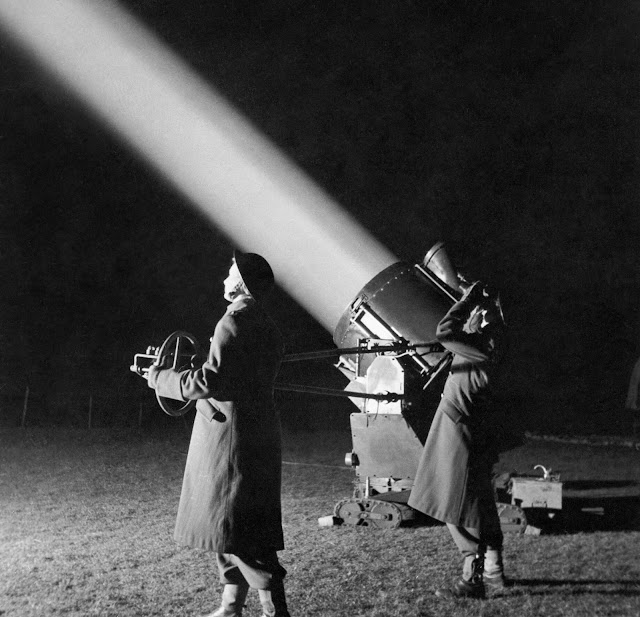 Posted by Philip Cracknell at 02:54