Stanley Mound and a Victorian coin

Here's a view of Stanley Mound, across Stanley Bay,  and taken from the pier at St Stephen's Beach. Stanley Mound is the highest of the hills in the centre of the picture.


Here's another picture with more immediacy taken this morning, in the swirling mists and rains on the last day of March 2014.

Today it's a part of a popular hiking trail known as the Wilson Trail and in the first photograph, you can see the path which is comprised of more than a thousand concrete steps, leading from Island Road up the to the summit of Stanley Mound.

On the way up and not far from the summit you pass a concrete viewing stand - I wonder if the hikers taking a breather there, realize that they are standing on the roof of an AOP (Artillery Observation Post). Down below the platform hidden in the undergrowth the steel door still remains and likewise the observation loops.

As I trudge up the hill weighed down with my boots, metal detector, spade and backpack  - I reflect back to December 194. I think of those Canadian soldiers from D and B Companies of the Royal Rifles of Canada going up this hill, and others around the Stanley perimeter, weighed down by their weapons, ammunition, water, spare ammunition for the Bren guns, spare barrels, grenades etc and very often they were going up these hills under fire.

On reaching the summit I turn off to the left,  towards the west going through a ghost of a trail. Here on the slopes just below the summit are shallow firing pits - often built up with large rocks to form a kind of parapet.

In the past, we have found a number of live grenades both British and Japanese on this spot. These were reported to police who subsequently closed the hiking trail - descended from helicopters and detonated the grenades. We have found a lot of other war relics including an officer's whistle, a Japanese signalling flare tube (which they used to fire a success signal once having taken a hill or other objective so that their comrades would not fire on them). We have found ammunition,  Japanese, Canadian and British mostly towards the summit consistent with the way these hills were fought over,  often changing hands two or three times in close-quarter fighting.

Here's one of the objects I dug up. 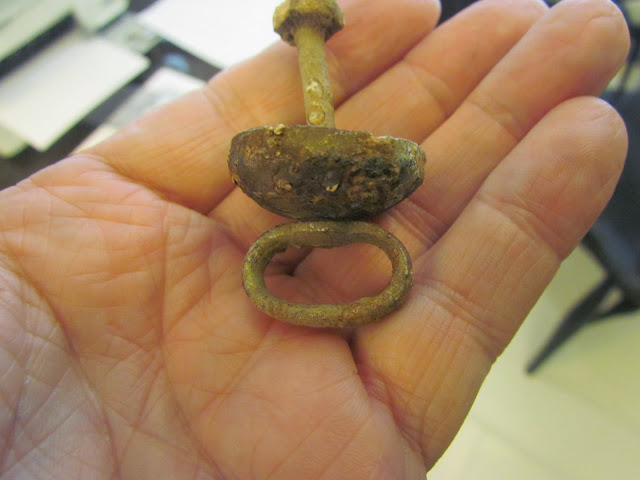 I wondered what it was, but a flick through a book on Japanese military equipment showed me that it was the top of a Japanese military water bottle. The cork had rotted away leaving the metal parts. Here's a photograph of what it would have looked like. 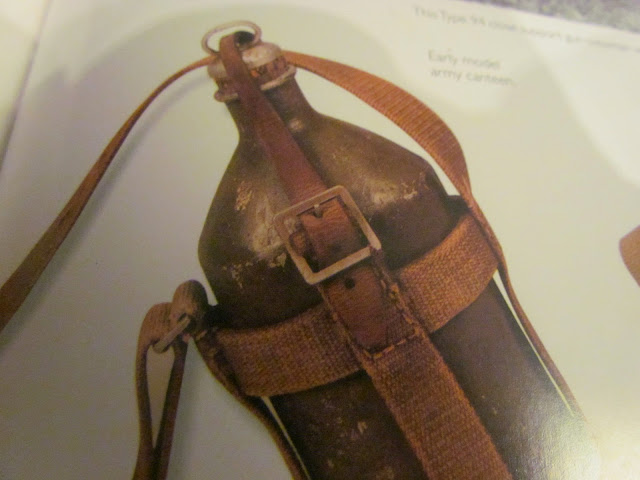 Sometimes we find things we can not identify. I found the  metal strap below with two "D" loops and I have no idea what it is - I am hoping that somebody might recognize it and let me know through these pages what it is. Here's the mystery object. 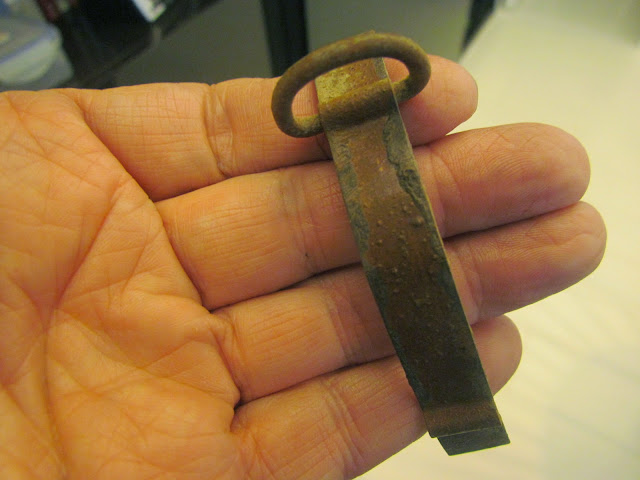 But here was the find of the day. Lying almost on the surface was a silver coin. I could see the Queens Head but assumed it was Queen Elizabeth 2 and therefore a modern coin and of no interest. The fact that it looked as good as new also led me to believe that it was modern. As I picked it up,  I noticed it felt larger and lighter than modern coins. I then saw that the Queen's head was that of Queen Victoria. 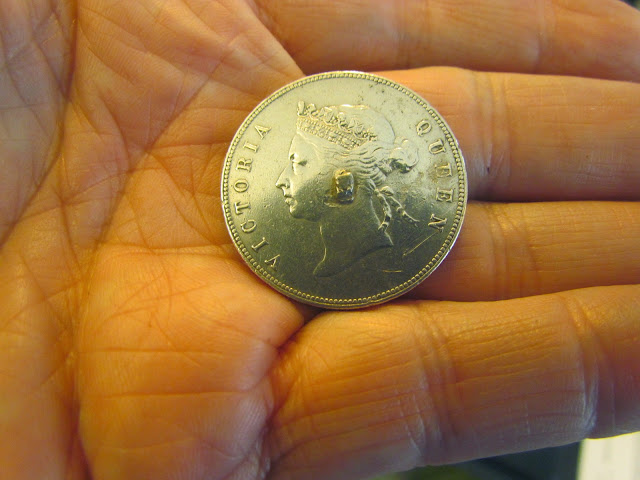 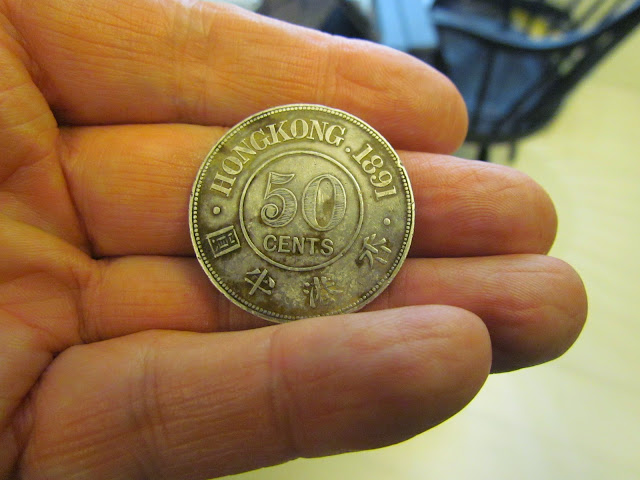 The coin is 80% silver which explains why it was in such good condition but what was it doing on a steep slope on a second world war battlefield? Would soldiers be carrying a Victorian coin already 50 years old in 1941? Could it be some sort of lucky charm? and what is the metal protrusion in the Queens Head? People tell me some sort of mounting but mounted to what.

Who knows. I guess it will remain a mystery - a Victorian coin lost in the hills and found again. What a tale it could tell.